When selecting a bat there are a number of variables that need to be considered. When you get right down to it, though, what is most important is a player's ability to swing the bat with adequate force to do damage. By do damage, what we're really referring to is generating sufficient exit velocity to increase the odds of achieving a hit, ideally one for exit bases.

How do we generate more exit velocity? Well, swing harder of course... While that may be true, there is a little bit more to it than that. The physics of the game are becoming less and less of a secret to those who desire to learn it, and explanations of exit velocity and launch angle are something that can be found at nearly every batting cage around the world. However, what really causes increased exit velocity?

The most straightforward metric for hitters to change is bat speed, so that is where most people focus their attention. Pitch speed is out of the hitter's hands, at least in a competitive environment, so we can't really focus there. However, there is another variable... this q that is actually in the equation twice, but what is it?

In the BBS equation, q is essentially a measure of the collision efficiency. With non-wood bats, the materials used to create the bat can play a big role, however, with wood bats, which are of a solid, single-piece construction, the materials and construction play less of a role. With a solid wood bat, the wood is so much harder than the ball that the deformation in the collision is almost entirely done by the ball (pictured below). What this means is that the impact of the wood type has less to do with its hardness and more to do with the effective mass of it. What impacts the q in wood bats, then? The answer is simple and intuitive... weight distribution.

Let me demonstrate through an example... If you had a broom stick and a traditional baseball bat, and they are both the same length and weight, which could you hit a baseball further with? The answer becomes pretty apparent, the baseball bat, right? Why, though?

It comes down to physics. The more relative mass in the hitting area of the bat, the more resistance the bat has to the incoming pitch. That increased "barrel weight," as we have seen it referred to as, increases the q in the equation. The higher the q without sacrificing bat speed, the higher the batted ball speed, or exit velocity. Since adding exit velocity generally increases a hitter's batting average on balls in play, it is a desired outcome.

Theoretically there is a drop in bat speed as weight shifts away from the hands and into the barrel. Baseball isn't played theoretically, though. Players may see a decrease in bat speed, but it isn't necessarily linear, so the gains from increased barrel weight may outweigh the decreased bat speed. In all actuality, it's largely dependent on the players themselves.

It works in both directions, too. Shifting that weight back toward the hands, and out of the barrel, can increase bat speed. Sometimes the increased bat speed is enough to overcome the decreased barrel mass, sometimes it isn't. What is best then?

While it is possible that a change in bats could improve a player's swing, our aim is really to leverage the work the hitter has already put into his or her swing. We want to ensure that the hitter walks to the plate knowing that they have the best possible tool in their hands to complete the task in front of them.

After all, barreling the ball up is their job... Ensuring they have the right bat in their hands is ours.

What is an Ink Dot... and Why Does it Matter?

Before You Buy that Bat for Christmas!

Choking up... What does it do? 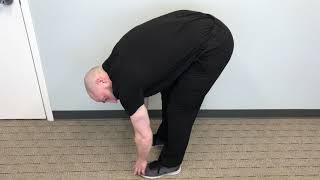 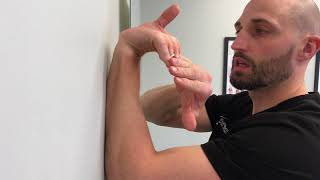